The Abbot of Maing Phone is about to Leave from Cave..

Monk Saddhamma Zawtika Dhaza Agga Maha Kamma Dhanasarya Bhaddanta Nyan Sangha has been in the vows for more than three years and will be released at the end of July. The abbot spent three years in a minefield. 3 months He will leave the cave on July 31 after completing his three-day vows.

The abbot will be cremated for five days from July 31 to August 4 in the cave. The abbot of Maing Phone has been meditating since April 28, 2019 in the Mahamunisom Maingyat Cave in Maing Kyat Village, Maingsat Township.

The abbot will return at 7 am on July 31. It is said that the men with golden heads will carry them to the cave on the minefield. When the abbot returns from the cave after completing his vows, he will have his hair cut at the Nam Hu waterfall and will be raised at 5 pm.

Monk Sayadaw Bhaddanta Nyan Samvara practiced Gupit meditation for three years. His lips were long and his hair was shaved off after leaving the cave. 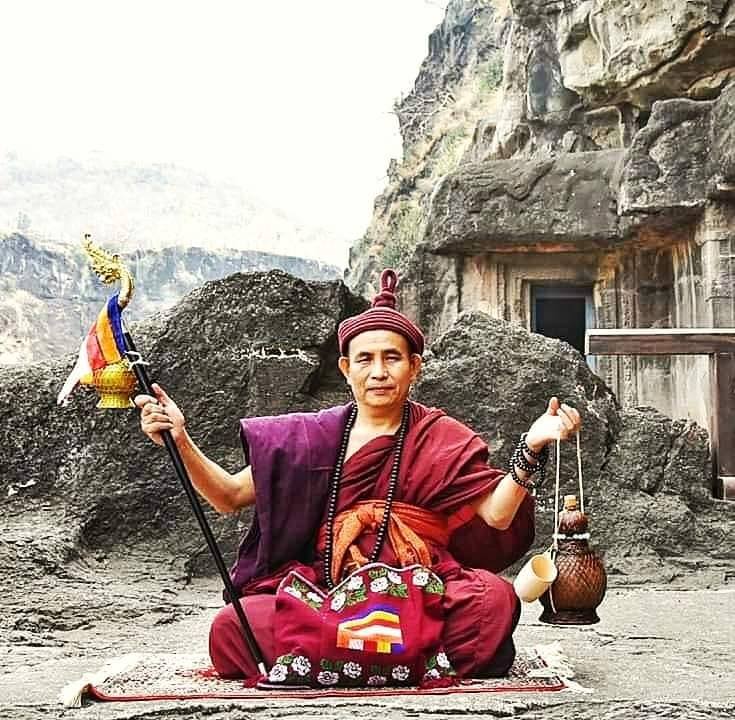 It is said that the abbot glorified only fruit alms while meditating. Ethnic groups in Shan State, Myanmar, to visit and listen to the abbot. Tens of thousands of Thai people, including ethnic nationalities from Tachileik Township, have paid homage to the abbot.

Mon Phone Sayadaw has been practicing Dhamma since he was young. Moral integrity; Due to the construction of many pagodas and missionaries, there are many ethnic groups in Burma as well as Shan people in Thailand.