Union Minister for Information U Maung Maung Ohn visited the historic Wazira Cinema on Bogyoke Aung San Road in Rangoon on 24 June and was briefed by the Director General of the Information and Public Relations Department.

The Wazira Cinema, located on Bogyoke Aung San Road, was 115 feet long and 140 feet wide, and was decorated in the 1920s with Beaux Arts architectural figurines incorporating French architecture from the 16th to the 18th centuries. 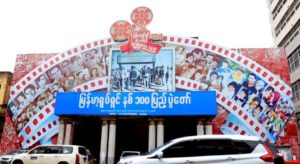 The Union Minister said that the Wazira Cinema was one of the oldest cinemas in Burma, as it was built in 1920, as it had the privilege of upgrading the historic Wazira Cinema, which is important in the history of Burmese cinema.

“International cinemas are valued and preserved, and cultural heritage and art are being organized, so it is not possible to renovate a cinema in the same way as an ordinary building, but to maintain the systematic rules and regulations of the old buildings,” said Union Minister Maung Maung Ohn. 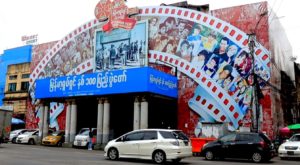 He also said that once the Wazira Cinema is renovated, it will be able to organize festivals in the fields of literature, film, music and theater.

At present, Wazira Cinema is not only a cinema but also a theater, theater, puppet, dance, music, conference, meeting, training school, studio, art venue, international film festivals, film memorabilia, It is planned to make it a venue for Memory Film Festival. It will also be upgraded to serve as a venue for foreign visitors to visit the Moon Archaeological Museum, with exhibitions of antique films, puppet shows and cinemas on Saturdays and Sundays.