Burmese honey is exported to Japan, China၊ Thailand Exports to Saudi Arabia and South Korea have risen, and domestic consumption has risen since the CV.

Honey is used in the manufacture of medicines and foodstuffs. They are being used by all ages.

Currently, honey from different regions is being treated with pesticides and other chemicals in the honey under the National Chemical Monitoring Program. It is being inspected annually and it has been inspected since 2017 until today. Myanmar is now on the EU’s list of countries that can export honey, thanks to inspections and food safety approvals. 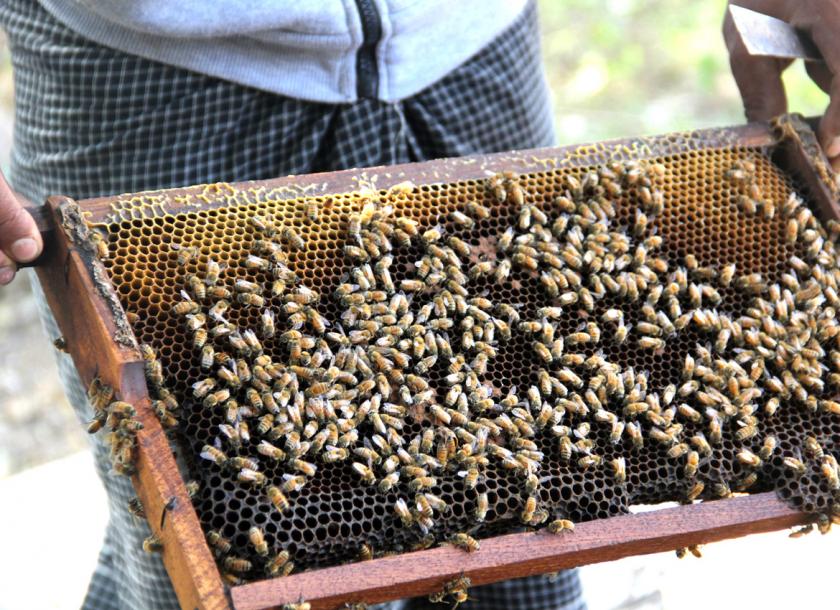 Myanmar produces about 7,000 tonnes of honey a year. Each hive produces about 70 pounds of bees and exports an average of 2,600 tonnes a year at an average price of about $ 1,600 a tonne, according to the Beekeeping Development Bureau of the Livestock and Health Department.

In addition, the beekeeping sector in Myanmar provides pollination services on about 2 million acres of land annually, and this year it is pollinating 11% of the acreage of sunflower.