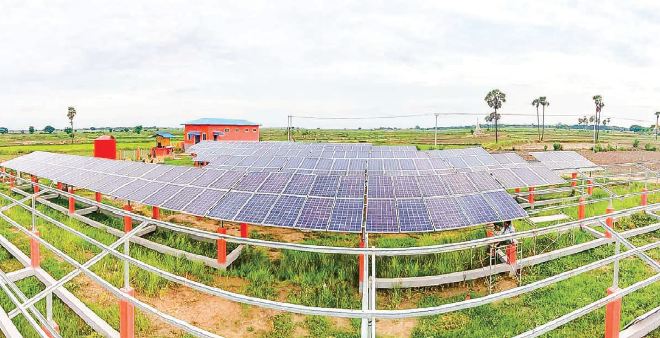 As a developing country, Myanmar understands well that energy is an essential need for its all-round development. In this regard, the country is generating more and more electricity to meet its demand. But the increase in the number of factories, especially the modern facilities and use of electrical appliances by the public has doubled the country’s power consumption rate in a short period.

So, the country can now supply power to only one fourth of its population, meaning 75 per cent of the national has no access to electricity. Myanmar has over 10.7 million households, and the power supply has reached 3.7 million of them in 2015-2016 and 4.19 million in 2017.

The National Electrification Project will electrify almost the whole country in 2030. Now the institutions concerned are carrying out the task based on the priority list. According to Rural Development Department, over 90,000 households in Ayeyawady, Taninthayi, Sagaing, Magway and Bago regions and Mon and Kayin states will get power under the project.

Moreover, KfW of Germany will provide Euro 30.418 million – Euro 23.883 million in loans and Euro 6.535 million in aids – for the Rural Electrification Program II on Grid Electrification in Shan State (South). The program will supply power to over 30,000 households in 416 villages of Taunggyi, Loilem and Langkho districts in Shan State (South) during the five years from 2018 to 2022.

The Ministry of Electricity and Energy using its annual budget allotment, the region/state government allotting funds from their budgets and taking international loans are also implementing the task of rural electrification. Of the 506 villages in Kayah State, power is provided to 357 villages through the national grid, 11 villages through micro hydropower stations, 89 through solar power and two through diesel generators.

Hpa-an Township in Kayin State has 474 villages. Under the programme to narrow the rural-urban gap, the Rural Development Department will electrify 64 villages, Department for Development of Border Areas and National Races 44 villages, Electric Power Generation Enterprise 194 villages and the private sector two villages. In addition, 130 households, 213 households, a monastery and a primary school on the islands in Thanlwin River in Hpa-an Townships have been electrified.

The Department of Rural Development is implementing the National Electrification Project with the goal of supplying power to the whole nation in 2030. The success of the department in implementing the project has gone beyond the national level leave, as it has won awards in ASEAN level. After the 37th ASEAN Ministers on Energy Meeting (AMEM) held in Bangkok and the ASEAN Energy Business Forum sponsored by the Ministry of Electricity and Energy from 3 to 5 September 2019, the DRD accepted the ASEAN Energy Award.

DRD won the award at the micro solar power competition. The micro solar power plant project is at Hkamti Island village in Palaw Township in Taninthayi Region in the southernmost part of the country, and it is one of the Off-Grid programs of the National Electrification Project.