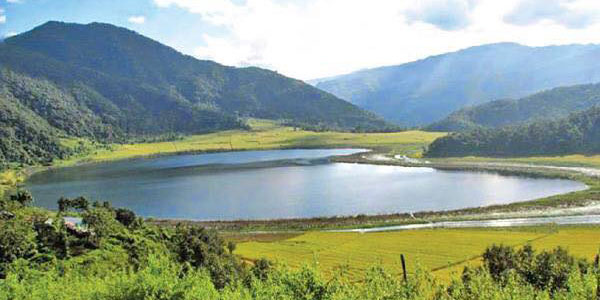 Chin state is mainly accessible by car on poor roads cut along the mountain sides and valleys. Kanpetlet and Mindet can be reached from the central plain region, Bagan. The route to Mindet is to cross the Ayeyarwaddy River by boat and proceed to Mindet along Kanma, Pauk, Kyaukhtu road. The distance is 148 km and it takes 8 hours drive. The route to Kanpelet is Bagan, Chauk, Saw, Kanpetlet – 156 km, a day trip. For all trip in Chin state, Bagan is the best starting place. From Bagan, you can reach either Kampetlet or Mindat.

Chin State is also known as the “Chin Hills” due to its mountainous geography, which hills is higher and slope more the Shan hills. Chin has several minorities and differs as Northern Chin and Southern Chin. Chin Hill region will present natural beauty and rich cultural heritage. Any trip to the Chin State can experience authentic hill tribe culture. Chin people are well known for loyalty to the masters and well known for their weaving skills and nose flute player.

Chin hill is an interesting tourist site because of its adventurous journey. Not only the best place for mountaineering but also hiking to nearby villages to see the village life and bird watching. There can be seen Chin ladies with tattooed face till now. Travel to Chin state is mainly by car along the mountain sides and valleys. 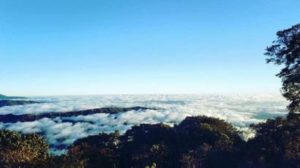 Chin state is a perfect place for treks and hiking if you like nature and discover tribes. Villages tend to be situated well up on the hillsides. There is a beautiful heart shape lake called “Reh” close to the Indian border. Tourists can also visit to climb the Nat-Ma-Taung or the Mt. Victoria nature park. Taungzalat or tree rhododendron and many kinds of orchids beautify the Chin State Myanmar. Rhododendron flowers heartly welcome the union kids and kins. The best time to go is from November to February.

Chin New Year festival is held annually on the waxing moon of the month Kason, May. The festival is performed a dance as making farewell to the old year and welcoming New Year. And wishing everyone new life with new vitality and happiness. In festival, Sa Lan dance is performed by beautiful maidens. It is the dance to memorize the conquest over the enemies, the killing of wild enemies and to celebrate the victory over the enemies Sa ice festival dances victory over the wild games.

The ladies belong to the Chin Tribe are famous for their tattooed faces. In the southern part of the region, many Chin ladies still have traditional facial tattoos. No one knows exactly how the custom originated, but one theory is that the tattoos began years ago as a form of identification when women were captured or kidnapped by neighboring tribes. Another legend is that the tattoos were a way of intentionally disfiguring the woman’s beauty so that they would not be taken to marriage by the Burmese king. Most of them got their tattoos when they were around 12 years old. The whole process can take up to 3 days. The tattoo needles are usually made from bamboo skewers or from thorns. The ink is a mixture of ox bile, soot, plants and lard. The Chin women are famed for their tattooed faces.

The Natma-Tuang (formerly Mount Victoria) is a sky island where the flora and fauna at its upper elevations are dramatically different. It is the highest mountain in Chin Hills with the height of over 3,053 m. The Natma-taung National Park, 478 sq km wide, was established in 1994. It is also where hundreds of species of flowers, plants, insects, animals live and prohibited illicit hunting. There are also 159 bird species including 5 indigenous, especially the unique bird (white browed nuthatch), other native and migratory birds. There have some of Southeast Asia’s big cats, leopards, bears, and wild boar. Rare species of Myanmar Orchids are also preserved. The rhododendron forests in bloom and views from Mount Victoria were great. Climbing the peak of Mt. Victoria is usually done from Bagan. The best time to visit Mount Victoria is November to April. 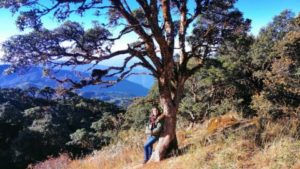 Bungtla Waterfall, 26 km away from Matupi, is the longest waterfall in Chin State. In Chin State, Bungtla waterfall is one the most famous natural resources. The height of Bungtla waterfall is over 1500 ft and it falls by 9 levels. Even though Bungtla is flowing in nine levels, it is available 5 levels to go. The rest 4 levels are almost impossible to reach. We can observe and research rare biodiversity and rare species of reptiles and can see the attached honeycomb on the wall of rocky waterfall. It can be reached by car from Hakha.

Rih, the heart shape, Lake lies in the western part of Falam Township. It is one of the most magnificent and beautiful lakes in Myanmar and considered the heart of the picturesque Chin State. The body of water viewed from above resembles a heart. The lake is about 1.5 km in length and 0.8 km in width and situated 2,800 feet above sea level. It is about 60 feet depth and 3 miles in diameter. The lake is full all year round and turns a reddish color in December every year. Chin people believe that all spirits have to pass through the lake. The locals, and even people from India, believe that their ancestors’ souls are alive in the lake and go to pray there. It is about 101 km from Falam and 48 km from Tedim. It can be accessible by car from Falam and Tedim. Bus rides to the lake are now available from Yangon.

Some 320 kilometers long, the Kalandan River forms a central part of the international border between India and Myanmar and is a busy waterway. Its twice-a-year flooding nourishes the many agricultural areas that exist along its northern banks. It is this river that has allowed ancient capitals like Dhanyawaddy, Vesali and Mrauk U to flourish. Today, a cruise down the river offers visitors a cross-section of Burmese life along the river, including the transport of goods, fishing, and agriculture.

Falam is the capital of Falam District, Northern Chin State. It is built on the slope of a mountain range, in multiple steps. The town is quite clean, tidy and living standard is quite high. There is a good place to learn and visit to Chin Chief’s Traditional House about 24 km from Falam. Moreover Lailun Cave is very popular place for Public Park Center. Beautiful sceneries of Falam Township are remarkable for those who love natural scenic beauty. In Falam region, there is a beautiful heart shape lake called “Rih” close to the Indian border.

Thantlang township is located 25 miles from Hakha. Thantlang sits between the Vuichip and Marau Mountains. Thantlang’s borders extend to Mizoram’s edge in India. The town’s water flows in from the nearby Buhva and Lahva rivers. Paddy fields dot Lahva’s banks, regularly plowed by local farmers in June and harvested by the end of October.

Tedim is the administrative town of Tedim Township and located in the northern of the Chin State. It is the largest town in Chin State. The name “Tedim” was derived from a pool up in the hills that used to twinkle in the sunlight, therefore it was called “te (bright, shine)” and “dim (twinkling, sparkling)” in the local Zomi language.The major tribe of Tedim is Zomi. There are dams, caves, peaks, and other attractions, including Lennupa Mual, the Twin Fairy Hill, and historic sites.

The main roads from Matupi are: one that goes to Mindat (102 miles long) and the other one goes to Hakha township (173 miles long). Both roads leading to Matupi are not well-paved roads. There is beautiful scenery along the roads. Matupi is extremely amiable and affectionately beautiful. It is home to several tribes. The township has much to be explored. The virgin environments of the township are breathtakingly charming.

Hakha is situated in the Northern Chin State. It is situated on the slope of a large mountain, at 1890 m above sea level and built in U shape. The clouds cover most of the lower parts of the city in the rainy season and in winter, so the city looks like it is built on the clouds. It is quite cold and very windy during the winter. The whole city is foggy in the morning and in the evening. The best time to visit Hakha is in summer.

Mindat, the most easiest to reach town in Chin Hills, is beautiful, peaceful and tranquil town and situated in Southern part of Chin Hills. It is situated at 1482 m above the sea level and trading hub for southern Chin state. Tall pine trees line the approaching road while distant mountains shadow the town. Then there will be the small, beautiful wooden houses with scenic backdrop along the main road. Local people still wear Chin dress and carry Chin baskets and knives while some men carry locally made shot guns on the streets. Many women dress beautiful Chin necklaces while some old women still wear enormous Chin traditional earrings.

Kanpetlet, a small town probably the smallest town in Chin State, is in the southern Chin State. It is built on the slope of the mountain, with large mountains overshadowing. The scene from the town is very beautiful, especially before the sunset. During winter, the mountains are covered in thick fog, transforming the whole town into a small paradise. Kanpetlet is still unspoiled by the modern world and a very good place to observe the Chin traditional way of life. People are still living in the same way hundreds of years ago. This is also a very nice place to do trekking. In near Kanpetlet, there has Mount Victoria and the Wild Life Reserved. It is better to use Kampellet as base camp to watch birds and butterflies (especially beautiful in this area). The town is just about 80 km away from Mindat, and only 19 km away from Saw from Yaw region.